On 16th October 2011, I have uploaded a map of Tamilnadu District wise Literacy levels to Wikipedia. It was used in the article about Tamilnadu for a long time, then moved to the Education in Tamilnadu article when a separate article was created. But the map was not in line with the Wikipedia Map Conventions. So, took some time this week and updated the map. 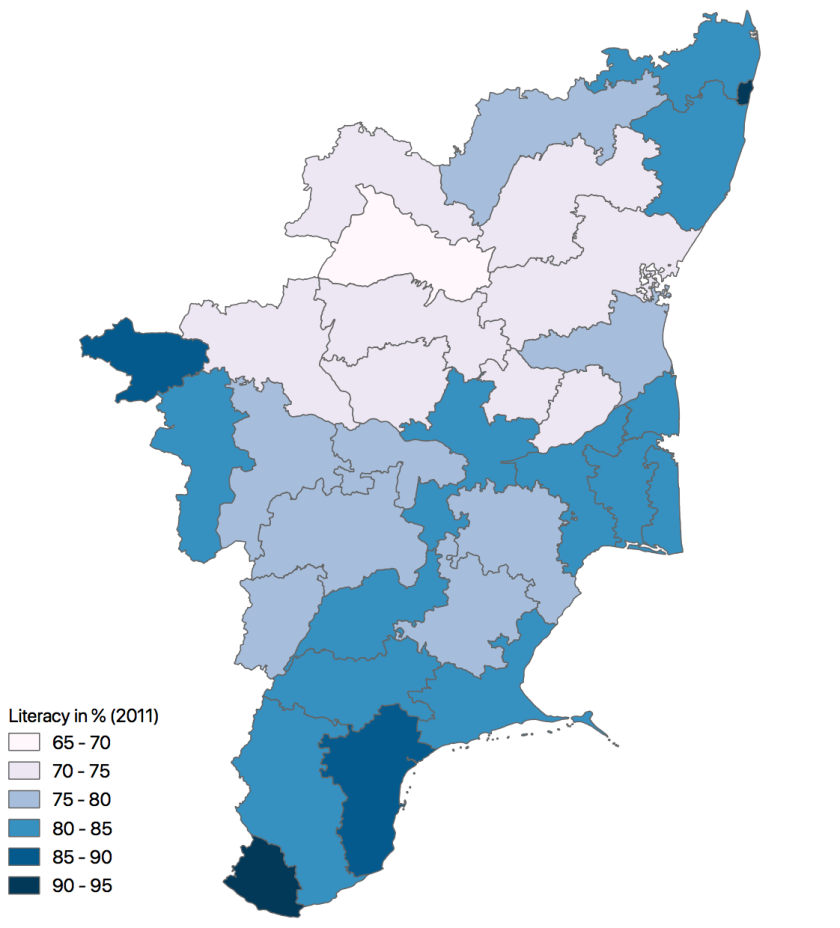 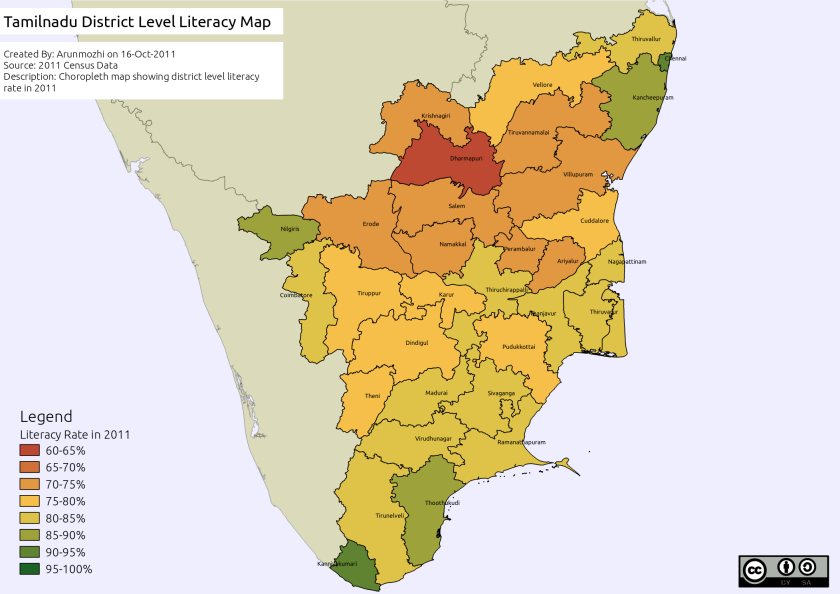 Arunmozhi is a freelance programmer and an open-source enthusiast. View all posts by Arunmozhi

This site uses Akismet to reduce spam. Learn how your comment data is processed.